The Czech Association of Fire Officers (CAFO) as the NGO was founded in 1996 in order to create a professional platform for leaders (initially CFOs and DCFOs) of the Fire Rescue Districts with the aim to promote high professional opinion on fire protection in relation to state authorities and local governments, as well as in relation to the Government of the Czech Republic and the Parliament of the Czech Republic.

The activities of the CAFO are nowadays opened to all officers of the Regional Fire Rescue Brigades (FRB) of the Czech Republic as well as for officers from General Directorate of Fire Rescue Service from Ministry of Interior over the years. The focus of CAFO is to recognize the fire protection as highly humanitarian system assisting in crisis situations. It will bring the most efficient, progressive, effective and the most economical results in reduction of the losses and the consequences in the lives and health of people, property and economy in connection with fires and other emergencies at a given level of management, organization, training, legislation, fire equipment and especially in the human potential.
The CAFO is active in all parts of the Czech Republic. Organization of CAFO is represented by CAFO Assembly, CAFO Council and President of CAFO. The supreme body of CAFO is the Assembly, which meets at least once a year. 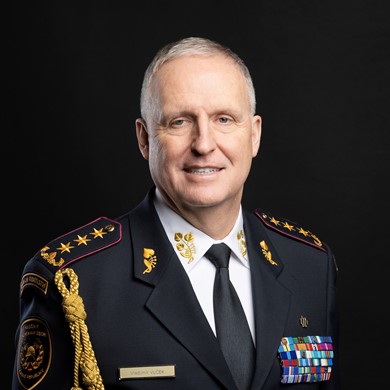